Meet Inspiring Speakers and Experts at our 1000+ Global Events inclusive of 300+ Conferences, 500+ Workshops and 200+ Symposiums Every year on Medical, Pharma, Engineering, Science, Technology and Business.

Theme: Intensify the world with Machine Learning and Artificial intelligence 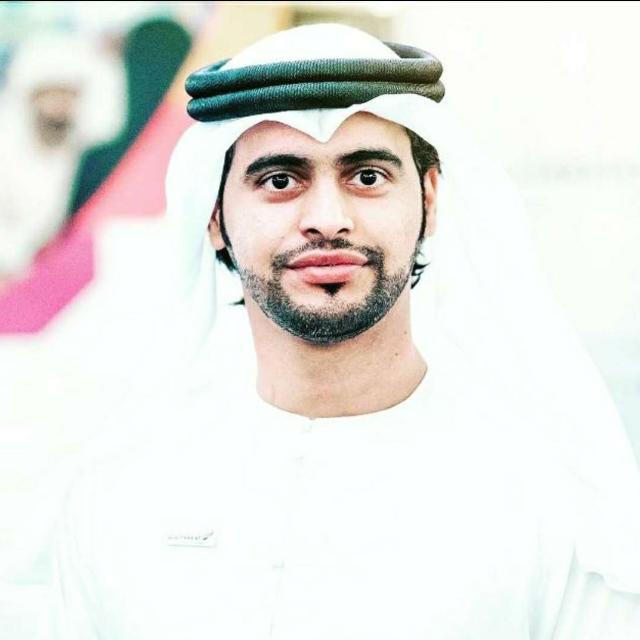 This is the premier scientific gathering Machine Learning conference. Join us at the “9th World Conference on Machine Learning and Deep learning” scheduled on December 12–13, 2022 in Dublin, Ireland with the theme of “Intensify the World with Machine Learning and Artificial Intelligence”. In addition to Speaker Sessions, Symposia, Poster Presentations, there will also be an exposition and work shops that are pertinent. On behalf of the planning team, we sincerely hope you'll be there for this wonderful event!

Looking for a moment to learn something new and need a short break for professional life. Both are possible by attending the Machine Learning 2022 conference. Come and learn about the newest technology at this event to encourage many bright, young minds, professionals, and experts to pick up new skills and discover new methods to use data to accomplish goals. Your participation there will give one more jewel in its crown with talks on Artificial Intelligence, Pattern Recognition, Data Mining, Cloud Computing, as well as other fields. Machine Learning 2022 provides an opportunity to interact with and learn from professionals from all around the world.

Machine learning (ML) is a topic of study focused on comprehending and developing "learning" methods, or methods that use data to enhance performance on a certain set of tasks. It is considered to be a component of artificial intelligence. A larger family of machine learning techniques built on artificial neural networks and representation learning includes deep learning. Learning can be either fully or partially guided.

Both structured and unstructured data are managed by data science. It is a field that encompasses everything connected to the preparation, final analysis, and cleansing of data. The fields of programming, coherent reasoning, mathematics, and statistics are all combined in data science. It has the best information-gathering abilities and encourages the ability to observe things from a different perspective. Data science is an interdisciplinary field that applies information from data across a wide range of application fields by using scientific methods, procedures, algorithms, and systems to extract knowledge.

A model for delivering computing services over the internet is called cloud computing. A wide range of products, services, and solutions can be developed, deployed, and delivered in real-time. It is composed of a number of pieces of hardware and software that may be viewed remotely using any web browser. The on-demand availability of computer system resources, in particular data storage and processing power, without direct active supervision by the user, is known as cloud computing. Functions in large clouds are frequently dispersed over several sites, each of which is a data centre. Cloud computing relies on resource sharing to accomplish coherence and often uses a "pay-as-you-go" approach.

Data mining is basically the process of gathering information from enormous databases that was previously unknowable and obscure and then using that information to make sensible business decisions. Data mining, to put it simply, is the process of identifying patterns in huge data sets using techniques that combine machine learning, statistics, and database systems. Data mining is an interdisciplinary field that combines statistics and computer science. Its main objective is to extract information from a data set and organize it in a way that may be used later.

The term "Internet of things" (IoT) refers to the entire network of physical objects, including furniture, appliances, cars, and other items embedded with electronics, connectivity, sensors, actuators, software, and other components. These objects are given an IP address (Internet Protocol), which allows them to connect and exchange data, improving efficiency, accuracy, and economic benefit while also requiring less human interaction. The fusion of numerous technologies, such as ubiquitous computing, widely available sensors, sophisticated embedded systems, and machine learning, has caused the sector to advance. Independently and collectively, the traditional fields of embedded systems, wireless sensor networks, control systems, and automation make Internet of Things devices that support one or more common ecosystems possible.

Computing vision processing the raw input images to enhance them or get them ready for subsequent activities is the fundamental goal of image processing. The goal of computer vision is to properly analyze the incoming images or videos and extract information from them in order to anticipate the visual input, much like the human brain. As well as performing segmentation and labeling recognized items, image processing is crucial in preparing images for computer vision models. In general, the technologies that enable computers to comprehend images are referred to as computer vision.

A type of business process automation technology called robotic process automation (RPA) is based on digital workers or metaphorical software robots (bots). It's also known as software robotics at times. Using internal application programming interfaces (APIs) or specialized scripting languages, a software set of steps to automate a process and interface to the back end system is used in traditional workflow automation solutions. RPA systems, in contrast, create the action list by observing how the user completes the task in the graphical user interface (GUI) of the programmed, and then automate the process by having the user repeat the action list within the GUI. By doing this, the barrier to using automation in products that might not otherwise have APIs for this purpose can be lowered.

In order to automatically identify patterns and regularities in data, pattern recognition uses machine learning methods. This information may take the form of text, images, sounds, or other recognizable elements. Systems for pattern recognition can quickly and correctly identify well-known patterns. Additionally, they are able to classify and identify novel items, identify patterns and objects that are partially hidden, and distinguish forms and objects from various perspectives. Image processing, speech and fingerprint recognition, aerial photo interpretation, optical character recognition in scanned documents like contracts and photographs, and even medical imaging and diagnostics are just a few of the many uses for pattern recognition.

The process of identifying human emotion is known as emotion recognition. The precision with which people can gauge the emotions of others varies greatly. The use of technology to assist humans in recognizing emotions is a relatively new area of study. In general, the technology performs best when it integrates several modalities into the context. A facial expression is made up of one or more movements or facial muscle postures. One disputed theory claims that these movements reveal an individual's emotional condition to onlookers. Nonverbal communication can also take the shape of facial expressions. In addition to humans, most other mammals and several other animal species also use them as a key method of social communication.

The technology behind virtual reality allows for the computer to manipulate and interact with the user while presenting complex information. It is an interactive, three-dimensional world that was created by a computer to mimic reality. The ability to display information in 3D, attach noises, and use touch technology greatly improves data comprehension. It has gained popularity as a medical toy with "Helmet-glove" equipment that was intended for a large audience. In augmented reality, a person views a real scene while simultaneously viewing a virtual scene created by a computer that adds more details to the real picture. By superimposing virtual visuals over the real world, it improves it by adding graphics, sounds, and smell.

Identifying fraud Using By using a machine learning (ML) model and a sample dataset of credit card transactions, machine learning trains a model to detect fraud patterns. The model is self-learning, allowing it to adjust to fresh, uncharted fraud trends. The neural networks can fully adapt and can learn from patterns of acceptable conduct. These can recognize patterns of fraudulent transactions and adjust to changes in the behavior of typical transactions. The neural networks decision-making process is incredibly quick and can take place in real time.

The systematic study of scientific methods that provide a system the ability to mimic human learning processes without being explicitly programmed is known as machine learning. The biometric topographies are also studied by machine learning in order to mimic an individual's identification learning processes. It safeguards priceless items and delicate documents. It keeps track of everyone's own biometric identity. Passwords and PINs are not required of users, and their accounts cannot be shared. Even when the data is encrypted, it is still preferable to store biometric information like as Touch ID and Face ID rather than having the service provider store it.

Machine learning is expected to have a global market worth $17.1 billion in 2021 and $90.1 billion in 2026, with a compound annual growth rate (CAGR) of 39.4 percent during that time frame. The research gives a summary of the machine learning market globally and examines market trends. The research contains estimated market data for the forecast period, 2021 to 2026, using 2020 as the base year. Platforms and related services for machine learning are included in the study's scope. However, physical services for repairing and maintaining IT Infrastructure, money earned for B2C adoption, and third-party vendors are not included in the scope. Examples of such hardware include data servers, GPUs, and other hardware devices.

The market for artificial intelligence in healthcare, which was estimated to be worth USD 10.4 billion in 2021, is anticipated to increase at a CAGR of 38.4 percent from 2022 to 2030. Some of the key factors propelling the market's expansion are the expanding datasets of digital patient health information, rising desire for individualized treatment, and rising demand for lowering healthcare costs. The rise in demand for early disease diagnosis and better understanding is mostly due to the growing elderly population worldwide, changing lifestyles, and rising prevalence of chronic diseases. Additionally, early patient diagnosis of underlying health issues is made possible by deep learning technology, predictive analytics, content analytics, and Natural Language Processing (NLP) tools. 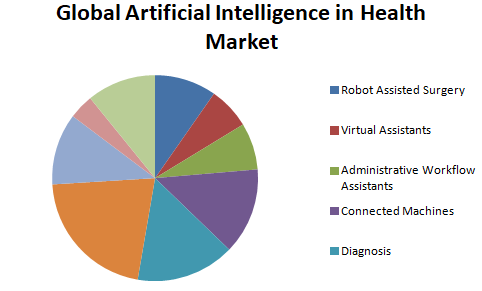 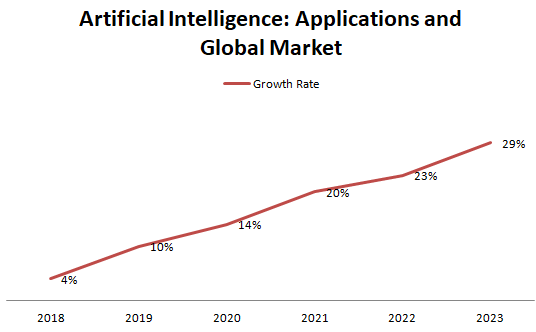 Machine Learning & Deep Learning Universities All over the World:

For making the Machine Learning 2021 Conference the best conference yet, we sincerely appreciate all of our wonderful Keynote Speakers, Speakers, Conference Attendees, Students, Organizing Committee Members, Associations, and Media Partners. Scientific Meetings conference series for 2020–2021 is unparalleled and an irresistible chance to immerse oneself in the present era's pulsating information and communication technology.

By equating the speed of science, technology, and business fields, conference series International Engineering Conventions 2015-2016 enables greater understanding of the technical improvements and scientific advancements around the world. The Conference Series LLC Ltd presented the 8th World Machine Learning and Deep Learning Conference on November 16, 2021 in Barcelona, Spain, with the topic "Intensify the World with Machine Learning"

To Collaborate Scientific Professionals around the World

All accepted abstracts will be published in respective Our International Journals.

Abstracts will be provided with Digital Object Identifier by